One of the first known examples of artwork by sub-Saharan Africa are terracotta characters similar to this one by the inland delta of the Niger River, close to the present-day house of the Dogon and Bamana peoples.

Inside this area of Mali, the historic town of Jenne-jeno prospered as a centre for agriculture, commerce, and artwork from the center of the first century until approximately 1600.

These terracotta sculptures from Mali linked with this culture represent people, striking and in pairs, in many different apparel and poses, such as sitting, kneeling, and on horseback. 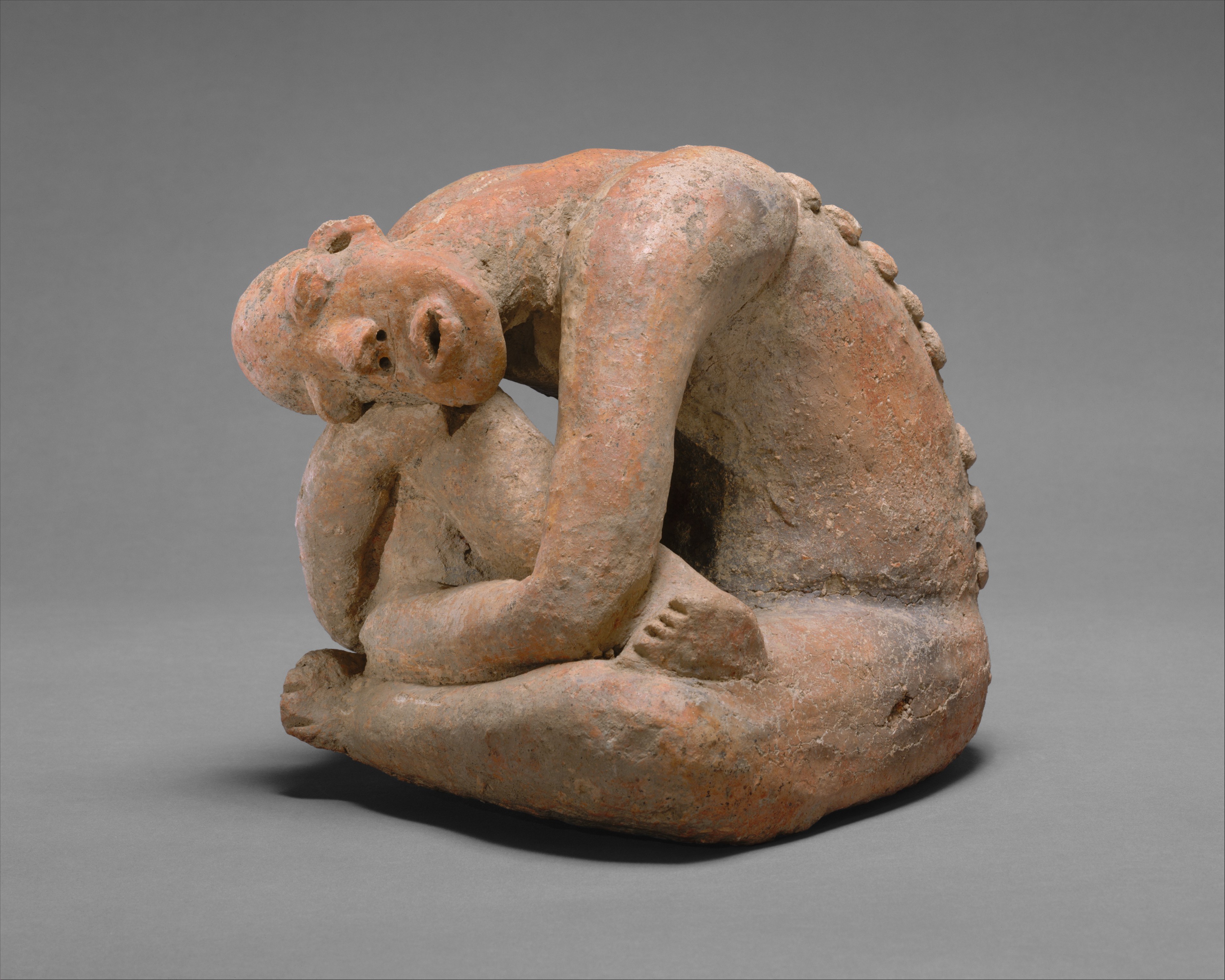 The diversity of vision as well as the ability with which they have been modeled show the rich sculptural tradition of a complex urban civilization.

This figure sits hunched over, with both arms grasping  an raised leg, its head tilted back to break from the bent knee.

The position elicits a pensive attitude that's bolstered by the expressiveness of their facial features: the bulging eyes, big ears, and protruding mouth are stylistically features of functions from this area.

Artists (men or women) modeled the amounts by hand, with clay blended with grog–smashed potsherds (a bit or fragment of earthenware or marijuana that's made of dull or baked clay).

Details of apparel, jewelry, and body decoration were added on or incised. Once full, the job was glistening, coated with a reddish-toned clay slide, then fired, likely in an open-pit kiln. The living figures change from design and subject matter, indicating the sculptors had appreciable artistic liberty.